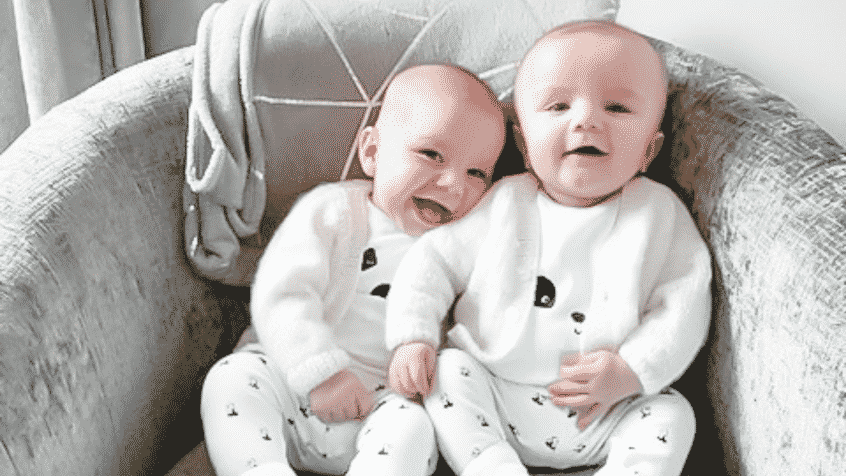 Last Tuesday marked a year ago since our first scan, the first time we ever saw our babies! We waited anxiously, my sickness heightened, we had hoped and prayed to see a healthy heartbeat.

I was drawn to a collage on the wall of then and now pictures. It was filled with scan photos and pictures a year on of babies who had safely entered the world. One picture clocked my attention, the couple had twins. I mentioned it to Dan and said to him to look, they had chosen 1 of our favourite baby names which was quite uncommon so it just made me smile. His response still makes me laugh to this day, he laughed and said, twins though babe, think that would be my worst nightmare. Well darling, your nightmare was quickly upon us.

Have to say despite his shock and me beaming with happiness and tears, neither of us would swap what we have now for the world. We actually say to ourselves, imagine how different it would be with 1 baby!! Sure we’d get more sleep and probably more time to ourselves, but watching the twins bond together from birth through till now at almost 6 months old has been utterly magical.

People love to tell you how hard becoming a parent is and how lonely motherhood can be, but it’s felt the complete opposite for us, the twin parent community is something else. The girls I’ve met are honestly like another limb to my body, but also the help, support and encouragement we’ve had from family and friends during a tough year for all of us has just been incredible.